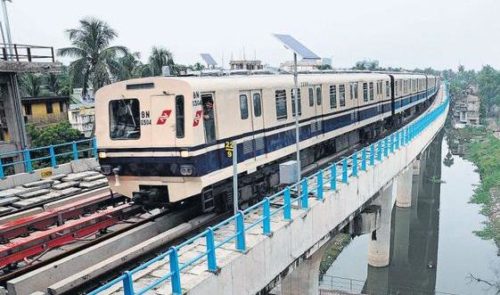 New Delhi: Indian Railways for the first time has decided to use Rs 75 crore photographic inspection systems on tracks to check derailments on its ambitious Rs 18,000 crore project for increasing train speeds on the two busiest Delhi-Mumbai and Delhi-Howrah rail sections.

The two projects have been approved in Railway Budget and likely to cut down travel time between the three metro cities by 2019. The plan is to install photographic inspection systems at 10 locations each costing Rs 7.5 crore on the entire section to get photographic data of wheel profiles.

Several railways across the world use the photo diagnostic system and it will be used for the first on these two sections in Indian railways, said a senior official of railway ministry.

“The Railway Board is in process of finalising the stations on Delhi-Mumbai and Delhi-Howrah section where these units have to be put. We may have to acquire these units from companies abroad,” said the official.

The system is designed to monitor axle, wheel, brake temperatures and to indicate any overheating which could lead to derailments and transmits this data to the traffic control and monitoring section. The real time software possesses the intelligence to process the recorded data and produces the report with axle wise temperature information and transmits the data to control room.

“The system will have high definition infrared camera and will send live pictures of any wheel abnormalities to control room at the nearest station. Besides, it can also check if any extended material like doors of freight wagons hanging or any other material on the track and these can be corrected immediately,” the official said.

Recent derailments have concerned top officials at Railway Board and they want all precautions and technology interventions in place for a train running at 160 kmph. The project will see major infrastructure upgradation of the signalling system, fencing of tracks in certain areas, elimination of all level crossings and installing train protection warning system.