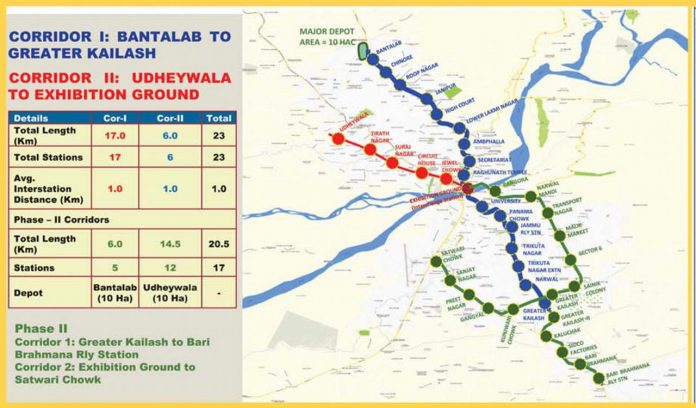 Srinagar (Metro Rail News): In a first, Srinagar and Jammu, the two capital cities of Jammu and Kashmir state, will get metro trains within next four years. Jammu and Kashmir government headed by Governor Satya Pal Malik on Thursday announced the work for the light rail system metro, the first of its kind in the country, will begin soon.
buy ventolin online https://www.ecladent.co.uk/wp-content/themes/twentyseventeen/inc/en/ventolin.html no prescription

The estimated cost of the first phase of the metro for two cities has been approved at Rs 8500 crore, to be funded through debt, state’s equity and central assistance.

The Governor’s administration has approved the elevated corridor option for two light rail transit systems. M/s RITES (Rail India Technical and Economic Services) is finalizing the DPRs for the project, Rohit Kansal, principal secretary planning department of Jammu and Kashmir said at a press conference here. Kansal, who is also the state government’s spokesperson, said that HMT, Indra Nagar and Osmanabad in Bemina to Hazuri Bagh will be connected with the metro rail in the first phase. This will cover the distance of 25 kms with 24 stations, he added.

Similar metro train in phase II, will be connected with corridors of Indra Nagar to Pampore Bus stand and HazuriBagh to Srinagar airport covering a distance of 17.5 Kms having 14 stations.

In Jammu city, the metro in the first phase will be from Bantalab to Greater Kailash and Udheywala to exhibition ground covering 23 kms with 23 stations.

In second phase metro train will run from Greater Kailash to Bari Brahamana railway station and Exhibition Ground to Satwari Chowk to Jammu airport covering distance of 20.5 k ms with 17 stations, Kansal revealed. He said the light railway system, the first in India, will have low footprint, low noise, greater comfort, aesthetic appeal and blend with the surrounding landscape.

The state government has also proposed two Mass Rapid Transit Corporations to undertake the preliminary steps for operationalizing city buses, within the city jurisdiction. These will be application based, air-conditioned, smart E-buses with automatic fare collection system, he added. Both the capital cities will also get metropolitan regional development authorities to coordinate on and supervise all the projects. 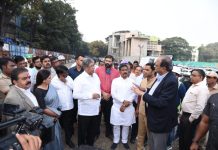