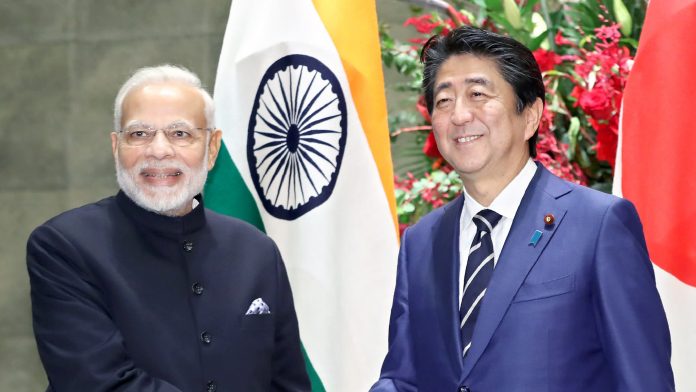 NEW DELHI (Metro Rail News): Japan agreed to invest $5 Billion (Rs 350000 crore) for this year for infrastructure, water, transport, and power projects as India has emerged as a preferred destination for Japanese investment.

More than 60 percent of the investment will spend on the transport segment which includes metro and the high-speed Mumbai-Ahmedabad corridor.

“India has been our largest development partner in the past 10 years. We are increasing the total commitment to India,” said Katsuo Matsumoto, Chief Representative in India of Japan Investment Cooperation Agency (JICA)

In the past few years, India has been a preferred destination followed by Vietnam, Bangladesh, and Myanmar. India has risen from $2 billion 10 years ago to $5 billion, said the JICA chief in India.

India, in the past few years, has emerged the top choice of the companies, he added. Already some 1,400 Japanese companies are operating in India and some 9,000 Japanese are working here.

“We are focusing on economic and social development along with infrastructure development,”
On being asked about the target of JICA he added.

The JICA has got requests from India governments to finance big projects like metro rail, he said. The Japanese are already funding metro-rail projects in Delhi, Ahmedabad, Mumbai, Bangalore, Kolkata, and Chennai. “Phase IV (the next phase) of Delhi Metro is coming and we are looking to finance that,” he said.

Work on the high-speed rail corridor between Mumbai and Ahmedabad has commenced.

On being asked about the ongoing crop diversification project in Himachal Pradesh, he said, “We are providing technical cooperation on diversification in types of food, on how to increase productivity and conservation of agri-diversity.”

The agency has been working on social schemes like water supply and water storage. It has worked on a sewerage project in Amritsar that was finished last year. In Haryana, it has another project. In Rajasthan, a forestry project is coming up.

On the social front, Japan is working with India to rehabilitate Rohingya refugees in Myanmar by supporting facilities like education and housing.