SRINAGAR, INDIA (Metro Rail News): On Saturday, Jammu and Kashmir (J&K) government has submitted the revised Detailed Project Report (DPR) of metro lite rail for Srinagar and Jammu cities to the Ministry of Housing and Urban Affairs (MOHUA) for approval and funding purposes.

However, according to the given information, MOHUA asked the J&K government to rework the project and suggested some inputs be incorporated in the revised DPR.

“The revised DPR was submitted in July, whereafter it had been again posed to MOHUA for approval and funding. Inter-ministerial consultation and PIB approval will take about three (3) months, while the construction period is 54 months. The elevated metro lite proposed for Srinagar is 25 KMs at Rs. 5733 crore and for Jammu is 23 KMs at Rs. 4113 crores. As a result, the cities are going to be given the ‘best in class” mobility in terms of safe, reliable, convenient, and sustainable conveyance,” said officials.

“J&K administration awaited the union cabinet’s nod for the project. We have submitted the proposal for the metro rail, and therefore the Housing and concrete Development Ministry has circulated the cupboard note during this regard,” on the sidelines of a function held here about making Srinagar polythene-free, said Lieutenant Governor Manoj Sinha.

“Once all the departments comment on it, it will be sent to the PMO, and the cabinet will approve it. After it’s approved, we’ll start the tendering process,” he added.

According to the project report, the metro rail projects in these Twin Cities, i.e., Srinagar and Jammu, are pegged to cost over Rs. Nine thousand (9000) crores and are expected to finish by 2024 once approved by the concerned bodies.

“The railway consultancy firm RITES has submitted the ultimate detailed project reports for the projects expected to be completed by the top of 2024. Once the projects are completed, Srinagar and Jammu will become the first two non-major cities in the country to have the rapid transport network functional,” said officials.

In DPR, a low-cost, elevated light rail transit system is proposed to run 17 Hours. A day around the year in Jammu, whereas in Srinagar, it will run 17 hours. Daily during summers. And 14 hours. For winters. However, due to the hilly area, only an elevated light rail system is feasible. Hence, no underground tunnels would be built.

According to J&K government officials, Jammu Metro lite Rail will be 23-kilometre long with 22 stations between Bantalab and Bari Brahmana. In contrast, Srinagar light rail system will have a 25 KMs length which incorporates 12.5 KMs length from Indira Nagar to HMT junction and 12.5 KMs length from Hazuri Bagh to Osmanabad with 24 stations.

The elevated metro system would facilitate people and positively impact the economy and the quality of life. The metro coaches would be modern, lightweight, and made of chrome steel and aluminium, with an air-conditioning system. 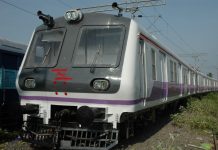 A transport system to support seamless transfer between travel modes 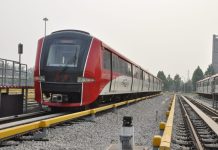 A light Metro system for ancient city of Calicut