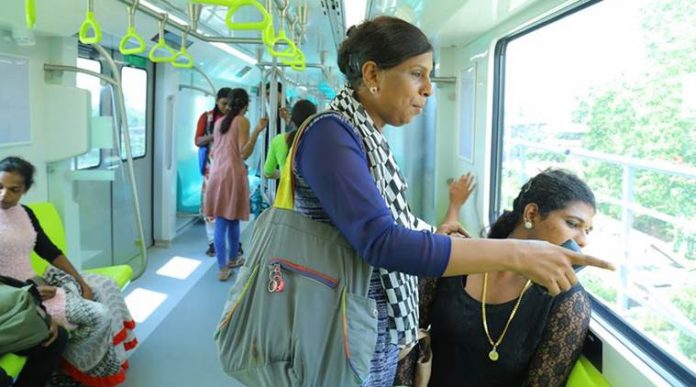 Kochi: The Kerela floods have brought the entire country together. In times of crisis each and everyone is doing its bit to help those affected by floods. Kochi Metro in its bid to help and strengthen rescue operations in Kerela has been working tirelessly to bring relief to those affected.

The Kochi Metro social media feed is informing, educating and helping people to help those who have been affected.

Here are some Twitter feeds that public should take note of:

Our metro stations are, unfortunately, not equipped enough to function as relief camps and hence cannot provide the necessary requirements to house victims in this distress situation.#keralafloods#SOSKerala

We are working without facilities like drinking water, toilets, and even sufficient cleaning staff. So we request the general public to refrain from spreading wrong information as we are doing our best to provide all the help we can.#keralafloods#SOSKerala

KMRL is collecting food packets and other food items like biscuits, bread etc to be distributed at Aluva and beyond. We are in touch volunteers who are distributing food there. Appeal people to provide small food packets to be delivered there. We can receive them in all stations.

We are finding it difficult to provide our services to those in real need as there are people traveling in the metro to see the flood. We request the public to refrain from using the metro as a joyride in these desperate times.#keralafloods#SOSkerala#keralafloodrelief pic.twitter.com/JDgceRw4Vg

Trains will be running tomorrow to support rescue operations and the journey will be free. We will strive at our best to hold hands and offer the best support in this situation. #KochiMetro#keralafloods#KeralaSOS #StandWithKerala pic.twitter.com/u3UqAtQ5gJ

As general public and those who are commuting via Kochi Metro, Metro Rail News wishes to make a humble request. It is important to help the Kochi Metro officials and staff members who are proactively working to collect and distribute relief materials to those affected by the floods. Commuters are requested not to board metro to get a glimpse of the flood.

Commuters can instead help in dropping relief material or extend helping hand to Kochi Metro in easing out the situation. As public we should our bit in this time of crisis and help those who need it the most.