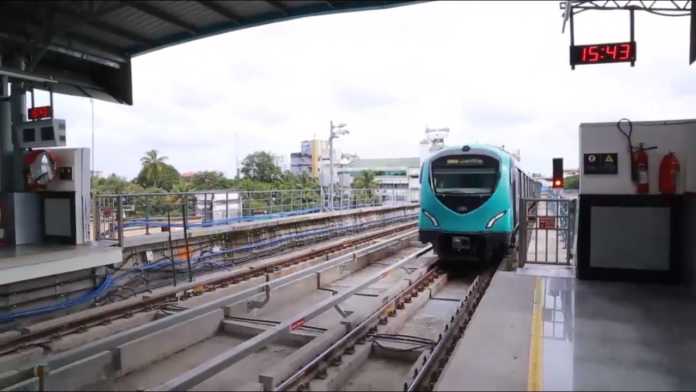 The revised detailed project report (DPR) for kochi metro Phase II has been submitted to the Central Government for approval. The cost of the project saw de-escalation in the revised DPR. Instead of the earlier project cost of Rs. 2,557 crore, the revised cost is `1,957 crore. The state government has already given administrative sanction for the revised DPR.

The KMRL plans to acquire 2.8630 hectares along the Stadium-Infopark-Kakkanad stretch. Out of the total land to be acquired, 0.72 hectares is government land. Land belonging to 402 individuals will be taken over for the project.

KMRL Managing Director A P M Mohammed Hanish said “The draft declaration for land acquisition is expected to be published soon. The KMRL is working in tandem with the district administration to speed up acquisition proceedings. If the land acquisition will get over by October/November, KMRL is hopeful of launching the preparatory work for Kakkanad extension by December 2019,”.
buy female viagra online no prescription

The KMRL chief said the agency is awaiting Central Government sanction for the Phase II. “We hope the administrative sanction will be given by the new Union Government by June or July,” he said. The state government had already accorded administrative sanction for widening the Seaport-Airport Road from Kakkanad Collectorate Junction to Infopark Expressway entrance for a length of 2.5 km into a four-lane stretch. “Tender process for awarding the contract is in the final stages,” said Hanish.

The widening of the Seaport-Airport Road is essential to carry out civil works of Kochi Metro along the Collectorate and Infopark stretch as the vehicular traffic is very high on this road. Hence, the barricading of the road for Metro work is not possible without widening.

“The alignment of Phase II passes through the Seaport Road from Kakkanad Collectorate Junction to Infopark Expressway entrance and widening of this stretch is critical for the implementation of Phase II,” said a KMRL officer.