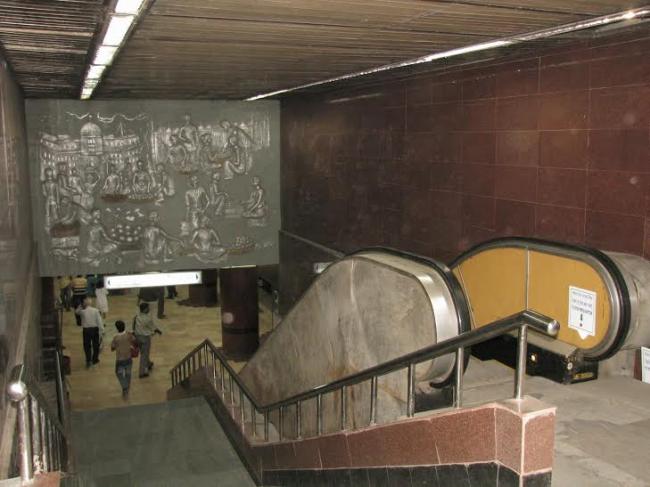 Kolkata: On Tuesday morning, there was a big accident at Damdam station, nine metro passengers got injured. According to the information, at 10.45 in the morning when some people were aboard the escalator located at Damdam station, the accelerator started running in reverse direction. Because of this, people aboard the escalator fell down with shock. In the incident, Tuhu Bhattacharya (24), resident of Jagdal area of ​​North 24 Parganas district, fell down due to which he got crushed.

During this incident, many people suffered with injuries on their feet and hands. After the incident, there was a stir in other passengers present at the station. The security personnel and other officers present at the station reached. On the other hand, the injured person was taken to the station manager’s cabin and left after he was stripped. As soon as the incident happened, General Manager of Metro Railway Ajay Vijayvargiya ordered the high-level probe into the incident.

Confirming the incident Indrani Banerjee, CPRO of the Metro Railway, Kolkata said that there is no information about anyone seriously injured in the incident. However, the General Manager has ordered the High level Investigation of the incident. Banerjee said that accelerator has been around 20 years old which was to be replaced this month, the tender has also been released.