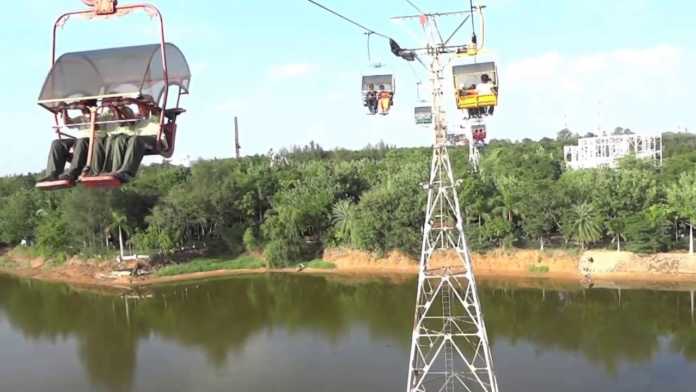 MUMBAI (Metro Rail News): People in two western suburbs might not just have the Metro rail to look forward to but also a ropeway to make their way home from the Metro station.

Two routes, Malad-Marve and Borivali-Gorai, were approved for the ropeway project on Monday by the planning authority chaired by Chief Minister Devendra Fadnavis.

As per the plan, routes connecting Malad and Borivali Metro stations (Metro-2A) will have ropeway links to Marve and Gorai, respectively, thus providing east-west connectivity.

Sources in MMRDA looped in about the project said M/s Indian Port Rail and Ropeway Corporation Ltd (IPRCL) was appointed to prepare a detailed project report to understand if ropeways could be implemented on these two routes, both of which would be 4.5 km long.

The two routes are likely to have halts in between for people to get down.

RA Rajeev, MMRDA commissioner said that ropeway is quite popular and successful in New York, Colombia, Turkey etc. In a city like Mumbai where people are facing traffic problems, such initiatives can be useful. If these pilot projects are successful, we may initiate a few more like them.

An official said that officials from the authority said that the multi-modal project would help in facilitating or improving public amenities such as footpaths, cycle tracks, parking zones, traffic signals, street lighting, CCTVs, path-finding maps, feeder services, street furniture and so on. The project will rejuvenate the entire road network below all Metro corridors.

CM Devendra Fadnavis said that constructing Metro corridors does not mean only providing transport facility to travel from one end to another. It must be a total experience for the commuters, meaning the provision of last-mile connectivity along with the paraphernalia of facilities that will encourage you to travel.

Apart from this, the MMRDA has decided to finance Konkan Irrigation Development Corporation for construction of Kavdas Dam. This will form part of the Surya Dam project which is being implemented by MMRDA. The KIDC will secure permissions required for acquiring land, rehabilitating project-affected people and preparing an environmental impact study.

There’d be space for footpaths, cycle tracks, parking zones and so on

Will also help revive road network below all Metro corridors.