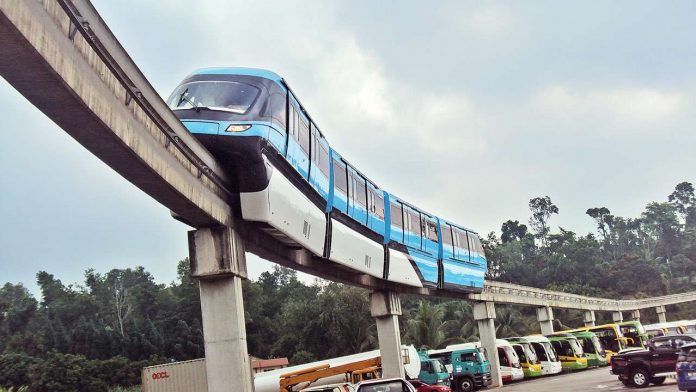 MUMBAI (Metro Rail News): After scrapping the last bid in which two Chinese companies had shown interest in manufacturing rakes for the Mumbai Monorail, the Mumbai Metropolitan Region Development Authority (MMRDA) has received a good response from national and international companies in its revised tender.
MMRDA had widened the scope of the tender to suit the Central government’s ‘Atmanirbhar Abhiyan’ or self-reliance policy. According to a senior official, national companies like Bharat Earth Movers Ltd (BEML), Bharat Heavy Electricals Limited (BHEL), Titagarh Wagons, Medha and ABB Group, and international companies like Cosmos, Intamin and Chinese companies CRRC Corporation Ltd and BYD Co Ltd have shown interest in manufacturing the 10 rakes. CRRC and BYD were the two companies that had participated in the last bid. However, MMRDA scrapped it, stating that the firms were asking for too many changes. This is MMRDA’s third attempt at procuring rakes.

The first bid was floated in early 2019. The 10 additional rakes are crucial to improve the frequency of the monorail and attract more commuters. “The tender document has been modelled in line with Atmanirbhar Abhiyan and Make in India policy, and also the government order of July 2020, where countries sharing land borders with India have to register with the government,” said an MMRDA official.
In July 2020, the Centre said that companies from nations that share a border with India will be barred from bidding for government contracts for goods and services until they register with the industry department. It said the decision was taken to “strengthen the defence of India and national security”.
The official, who did not wish to be named, said that MMRDA has received more than 150 queries on technical, financial and contractual clauses of the tender document. The last date for bid submission is November 3. The Mumbai Monorail is a 19.5-km corridor between Chembur and Jacob Circle.