MRTC will complete its project on time within budget by 2022 in collaboration with Bentley system and Microsoft. Kuala Lumpur is one of the highest population densities city of Malaysia. Malaysian living in Kalang Valley have faced 280 million hours stuck in jams, public transport will be increase up to 40% by 2018.Which is one of the challenging task for MRTC but completing the project by using Bentley System emphasis MRTC  to complete project on time and emphasis the life of  people living in Klang valley region by connecting citizen, RM 20 billion potentially saved per year, transform Kuala Lumpar into green city, 130,000 employment opportunity created, economic impact, digitalization, new skill job. This is the first metro project in Asia Pacific which will help in ensuring greater collaboration including efficiency with the help of building information modelling (BIM) methodologies.2 million people will be benefitted by new Sungai Bulah-Serdang-Putrajuya (SSP).

There are some other projects which has got successful result by using Bentley system .some of them are Design in counter current decantation, Blackfairs complex in London, Klang valley etc. 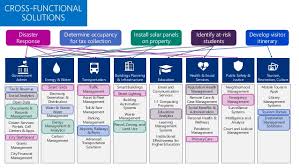 It is based on past year contribution in field of Microsoft based solution given by Microsoft partner. This year Microsoft recognizes Bentley  system to work with MRTC on Malaysia based rail project as Microsoft city Next partner  of the year. This year winner were chosen from 115 countries worldwide entrants were more than 2,600, it was announced in 39 countries.

He said that it was great honored to have such a prestigious award. Which works mainly for infrastructure development the best project is ever done in Asia is going to maintain by Mass Rapid Transit corporation (MRTC) is using Bentley system.

Director of planning and design for MRTC

Poh Seng Tiok said that there is essential need to manage complete data to carry out this project for design, operation, construction and asset management etc  to avoid various complexity.