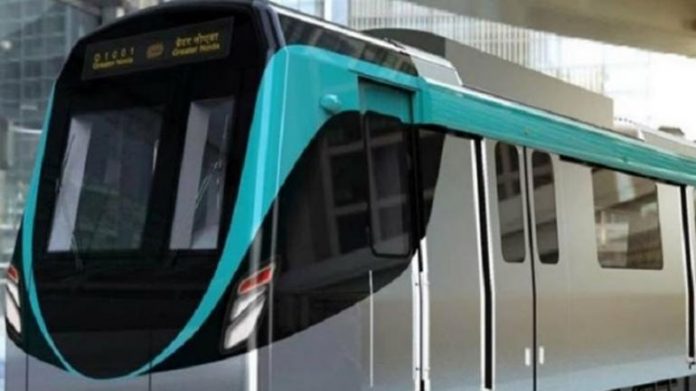 NOIDA, INDIA (Metro Rail News): During this nationwide lockdown as all the metro services suspended, the Noida Metro Rail Corporation (NMRC) has been operating round trips from Noida-Greater Noida daily to maintain the system operative.

NMRC stated that there are some staff have been said to work from home sanitation workers and other staff involved in the maintenance of the depot, metros & metro stations have to report to its work stations.

NMRC has taken many safety steps for good practices to check trains are in a situation for operation or not. NMRC operate the Aqua Line metro that connects Noida-Greater Noida. Metro operations are now cancelled till 3rd May due to the nationwide lockdown.

However, daily cleanliness & minimum maintenance is being made to assure the metros remains in good condition. Officials told the upkeep of the trains, metro stations and other systems along with the continuous functioning of the metro are made on a regular basis.

NMRC MD Ritu Maheshwari said that limited staff members have been deployed to take care of the upkeep, operating requirement and cleaning services. She further added that the trains make 3 round trips regularly to assure the network is healthy & is able to ferry passengers once the lockdown is lifted.

It has also engaged feeder buses for the food items distribution to those in need of assistance from the society kitchens being operated through the Noida Authority. The NMRC owns nineteen sets of metros out of that thirteen are used to ferry commuters, during 6 are kept on standby at the depot station on several given day in the normal services.

The corporation stated that a single train set makes round trips throughout the day. “Different trainsets are picked up to assure the upkeep and health of all trains. The overhead transmission line is live all day to prevent cable theft or tampering,” declared an official of NMRC.

The metro operations are available from 6-10.45 pm with a frequency of seven minutes, 30 seconds while peak hrs and ten min throughout non-peak hrs. The corporation is also taking other careful steps for safety.

All the vehicles entering the stations & depot are disinfected and sanitised. The guards at the spot check the temperature of the visitors or employees before authorising their entry. NMRC has 650 permanent & contractual staff & a section of them are assembled on duty depending on the roster throughout the lockdown.