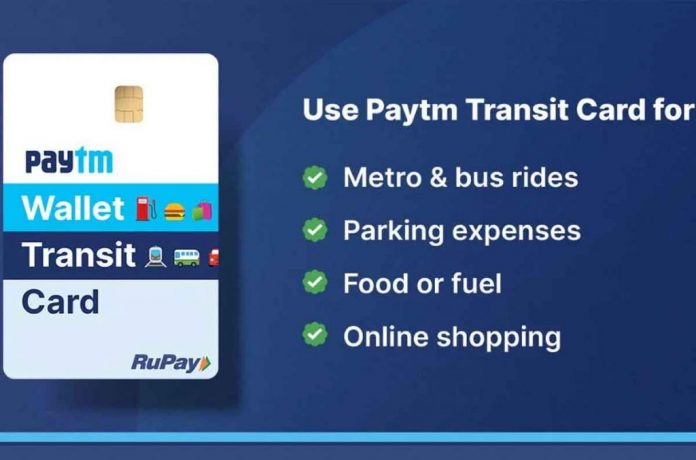 The launch of the transit card by Paytm is in better alignment with bank initiatives to bring those products through which banking and transaction operations would become easier for all Indians.

As per the official Paytm statement, the bank has created a proper digital process for applying, recharging, and tracking the cards’ transactions on the Paytm App. The most valuable thing is that cards can be quickly delivered to the users’ doorstep. Otherwise, users can also purchase it from the designated sales point. The prepaid card is also linked to the Paytm wallet. The Transit Card was launched in collaboration with Hyderabad Metro Rail Limited. The passengers or users in Hyderabad can purchase the transit card displayed at fare collection gates. The card will provide seamless connectivity to around 50 lakh daily riders who use metro/train/bus services.

The transit card is already active on the Delhi Airport Express Line and the Ahmedabad line. With the card’s launch, the users can use the same card in more than one metro station across the country. Paytm transit card is the second bank product in the mass transit category after the bumper success of FASTags. Paytm Payment Bank has become the first country to achieve a bumper success of issuing more than one crore FASTags.