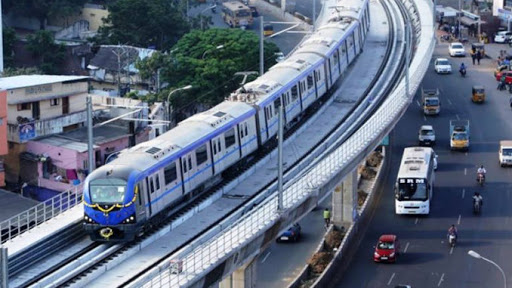 CHENNAI, India (Metro Rail News): In a significant push to one of the Chennai’s most ambitious transport projects, the state has allocated 3,100 crores for 2020-21 for construction of Chennai Metro Rail Phase 2 Project spanning over 118.9km. The state government has also requested the Centre to approve funding for the project and provide 50% equity share capital as was done for Chennai Metro phase 1 project.
“In the budget for 2020-21, a sum of 3,100 crores has been allocated for the Chennai Metro Rail Project as share capital assistance, subordinate debt and pass-through loan assistance,” said Deputy CM and Finance Minister O Panneerselvam.

During the 2019-20 budget, the state allocated 2,681 crores for the phase-2 project as share capital and debt.

Funding from Japan International Co-operation Agency (JICA) has been obtained for a stretch of 52.01km from Madhavaram to Sholinganallur and from Madhavaram to Chennai Mofussil Bus Terminus (CMBT).
buy black cialis generic over the counter

Detailed designs are ready, and construction work on the project will begin shortly.

Financing from multilateral agencies including Asian Development Bank (ADB), Asian Infrastructure Investment Bank (AIIB) and New Development Bank is being firmed up for the remaining stretches of phase-2 from CMBT to Sholinganallur, Sholinganllur to SIPCOT, Siruseri and from Light House to Poonamallee bypass.

“Chennai now has a fully functional metro rail system. The reach of the Chennai Metro network must be extended further to get the benefits from it. Hence, the government accords high priority to the expeditious implementation of the three metro rail corridors of a total length of 118.9km, identified in phase-2 of the Chennai Metro Rail Project,” said Panneerselvam