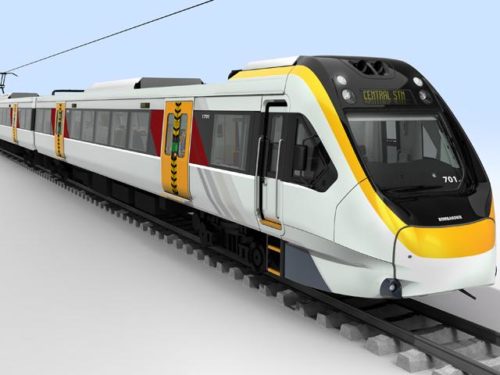 VISAKHAPATNAM (Metro Rail News): On Monday the State Govt declared that the Urban Mass Transit Company (UMTC) would be planning a revised DPR for the trackless tram system in the city Visakhapatnam.

As part of Vizag Metro Rail Project, developing a 60.2 km long trackless tram system was intended earlier in December. Between the contenders, UMTC quoted the lowest bid of Rs 336.67 lakh.

The Govt guided the Amaravati Metro Rail Co. Ltd. (AMRCL) Vijayawada to issue a letter of acceptance (LoA) to the UMTC to provide a new DPR. Along with UMTC would be given the responsibility to afford an alternative analysis report.

Earlier, AP State Govt had selected to perform the Vizag metro project of 140 km in 3 different phases. The 1st phase of the metro rail in Vizag was scheduled to be carried out in 3 corridors for a distance of 46.4 km.

Andhra Pradesh State Govt decided to extend the length in the first phase of the Vizag Metro Rail up to 79.91 km. The proposed corridor is from Gajuwaka-Kommadi would be increased to the coming Bhogapuram International Airport from 34.23 km-67.74 km.

Andhra Pradesh CM, YS Jagan Mohan Reddy had proposed a trackless tram system to connect the sparsely populated regions in Visakhapatnam. The authorities intended to operate this new trackless tram through 4 routes to do so.

The tram lines would include NAD Junction-Pendurthi, Steel Plant-Anakapalli, Old Post Office-Rushikonda beach, & Rushikonda Beach-Bheemili. These would be done as a part of the 2nd and 3rd phases of the Vizag Metro Rail project.