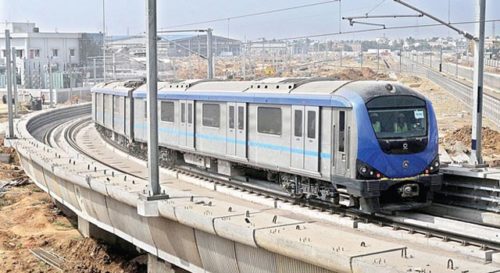 India has been trying to attract investments for NIIF from several international institutional investors. The Indian government has committed Rs 20,000 crore to the NIIF.

“The bank is considering contributing to NIIF in addition to other projects across India.
buy viagra soft online no prescription

For the proposed investment into the NIIF, the estimated fund is $200 million. The bank is currently reviewing six projects in India. The projects are focused on improving transport, energy and urban infrastructure across the country,” Danny Alexander, Vice President and Corporate Secretary, AIIB, told IANS.

“All projects have to be assessed in detail against the bank’s strict criteria and policies before a final decision is made,” Alexander said.

“Developing countries, including India, will be the primary recipients of financing from the bank. The bank will consider projects that are financially sound, environmentally sustainable, and will have a positive social impact. We expect to finance many more projects in India in future.”

As a founding member and the second-largest shareholder in the China-backed AIIB, the total investment in India as of now stands at $638 million. It has provided loans to two projects – the Gujarat Rural Roads project and the Andhra Pradesh 24×7 Power for All project – and has made an equity investment into the India Infrastructure Fund (IIF).

Emphasising upon the role of multilateral banks in infrastructure development, Alexander said that Asia is facing a significant infrastructure gap that cannot be solved by local governments, private companies or multilateral organisations working in isolation.

“Multilateral development banks are well positioned to help reduce investment risk and to facilitate the potential of private financial investment, which we believe India will benefit from greatly,” he said.

To date, AIIB has invested more than $2.83 billion in infrastructure projects across Asia.

AIIB, headquartered in Beijing, opened its doors for business on January 16, 2016, following a 15-month participatory process during which 57 founding members worked collaboratively.

The Fund has a team of employees, including the CEO, with offices in Delhi and Mumbai.