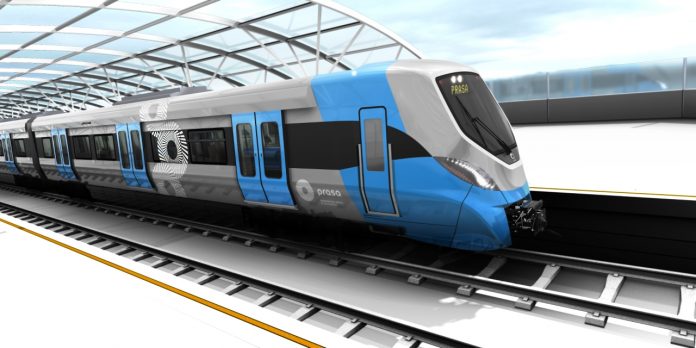 december 7, 2017 -Alstom has been equipping the entire ICE high-speed fleet for Deutsche Bahn for the transport project of the German unit VDE 8, with its on-board control systems Atlas 200 (ETCS / ERTMS [1] level 2 of reference 3). On 10 December 2017 the high-speed section will start operating between the cities of Erfurt (Thuringia) and Ebensfeld (Bavaria). This line connects Berlin with Munich over Erfurt and Nuremberg.

Alstom equipped 70 ICE T, 66 ICE 3 and 40 ICE 1 high-speed trains with its proven Atlas 200 solution for Deutsche Bahn. This baseline 3 [2] is the latest ETCS technology standard and guarantees the smooth and safe operation of high-speed traffic. [I]

Currently, VDE 8 is the largest infrastructure project in Germany. The project began in 1991 to improve the rail connection between east and west, as well as between north and south for the transport of passengers and goods. The high-speed section between Berlin and Munich is a closure on the German high-speed network and, at the same time, an important section of the Trans-European Network (RTE).

“We are proud to open a new chapter in European rail transport with Deutsche Bahn and make it safer for passengers.” Traveling by train from Berlin to Munich in less than four hours is a great success that offers a competitive and environmentally friendly alternative to We have been the first company to implement this type of ETCS, demonstrating the wide range of our portfolio in the mobility sector, “said Gian-Luca Erbacci, Senior Vice President of Alstom Europe.

The project was carried out under the direction of the Alstom ERTMS competence center in Charleroi, Belgium (software development and adaptation) in close collaboration with the project office in Berlin, Germany, Villeurbanne, France (Hardware) and the German sites in Salzgitter and Braunschweig (integration and installation of vehicles).

As a promoter of sustainable mobility, Alstom develops and markets systems, equipment and services for the transport sector. Alstom offers a complete range of solutions (from high speed trains to metros, trams and electronic buses), solutions for passengers, personalized services (maintenance, modernization), infrastructure, signage and digital mobility solutions. Alstom is a world leader in integrated transportation systems. The company recorded sales of € 7.3 billion and reserved € 10.0 billion in orders in the 2016/17 fiscal year. Based in France, Alstom is present in more than 60 countries and employs 32,800 people.

Currently, almost all 206 DB ICE-1, ICE-T and ICE-3 trains have been retroactively adapted with Alstom ATLAS ETCS, which allows DB to connect German and European major cities faster and safer.