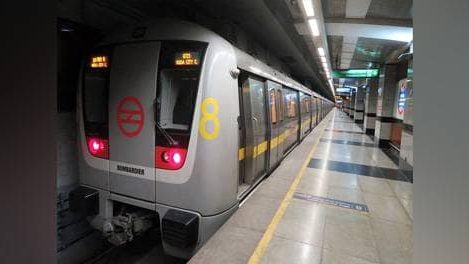 Delhi (Metro Rail News): Commuters will now be able to use Wifi at all metro stations on the yellow line and even inside the trains on the Airport Express Line by the end of the year, according to the Delhi Metro Rail Corporation (DMRC).

Anuj Dayal, the DMRC executive director for corporate communication told that Installation work is in progress on the stations of the yellow line and the work is expected to be completed by year-end. Wifi will also be available inside the trains on the airport line by year-end.

Currently, one can use up to 45 MB using the Reliance Jio network Wifi at all blue line stations.

There are eight color-coded lines on the DMRC network and the yellow line, which connects Gurgaon in Haryana to Samaypur Badli in north Delhi, will be the third line to be Wifi enabled. The Blue and Orange (airport express) lines already have Wifi service.

According to the DMRC’s estimates, on average, about 28-30 lakh people commute using the Delhi Metro and the yellow line has the highest ridership.