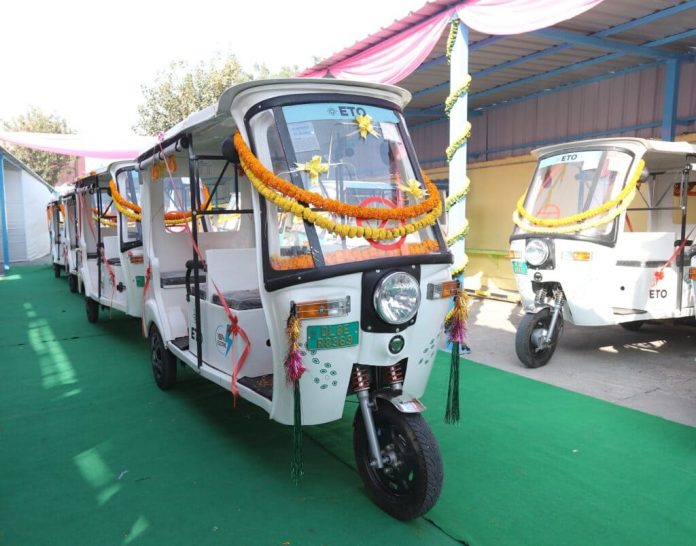 NEW DELHI (Metro Rail News): The Delhi Metro Rail Corporation (DMRC), which introduced electric feeder buses the previous year under many metro stations, will now operate electric e-rickshaws on some routes with women as the drivers. The service is announced a few days before Women’s Day as it is a step taken to increase women’s employment in this sector.

In October 2020, the Delhi government launched its scheme for registration of 1406 electric e-rickshaws through its transport department, of which 33 per cent were reserved for women drivers. The government in February this year received 20,589 applications, out of which 19,846 were from men and 743 women.

To date, 823 women have applied for the permit of an e-auto, and Transport Minister Ashok Gehlot said that the remaining permits will be given to DMRC and they must ensure that they will hire women drivers for these autos which will run under the metro stations providing the last mile connectivity to the commuters.  The department has also come up with a colour scheme that the autos with lilac colour will be driven by women drivers and the rest of the autos will be blue in colour. This will increase visibility and ensure that the scheme is not being misused.

DMRC already have close to 100 electric feeder buses which can travel about 120 km on a single charge. These e-buses have ‘validators’ installed at the front doors where a commuter can tap a Delhi Metro or Metro DTC smart card and cross a turnstile to enter the vehicle. These plans and schemes are majorly helping in providing jobs to women and easing the travel for the commuters of the Delhi metro.