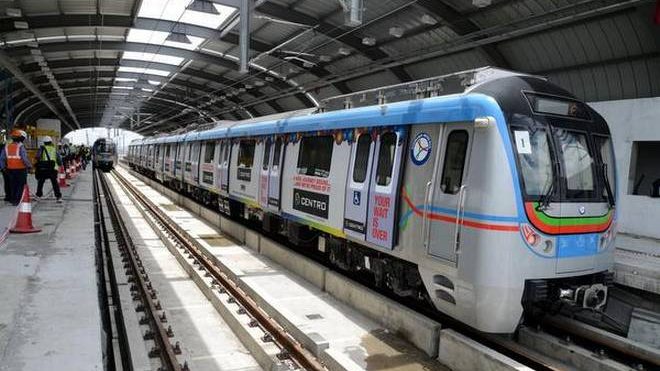 HYDERABAD (Metro Rail News): There is some movement on completing Hyderabad Metro Rail’s Corridor Two- Jubilee Bus Station (JBS) to Mahatma Gandhi Bus Station (MGBS) with the L&T Metro Rail Hyderabad (L&TMRH) announcing that the chief electrical inspector of Government of India had taken up maiden inspection on this stretch.

This inspection is part of the process for according sanction on energization of these stations, which would facilitate testing and commissioning activities of railway systems like signalling, telecommunications and automatic fare collection on this section.

These metro stations receive power at 33kv from Receiving Substations (RSS) located at MGBS and Uppal. Mr. Raju said that Commissioning of these substations hastens the completion of Hyderabad Metro Rail section between JBS-Parade Ground and MGBS of Corridor-II after completion of his inspection.

L&TMRH CEO & MD K.V.B. Reddy said it was an important development for the commissioning of Corridor II.