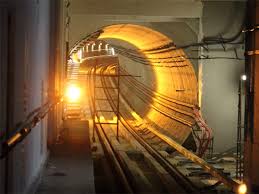 BENGALURU (Metro Rail News): Bengaluru Underground Metro Phase-II demolition work for Metro stations Corridor is now under process in 3 of the 4 stations scheduled that was stopped for over 2 months because of the lockdown.

As per the official, almost a hundred buildings have been destroyed to build the Arabic College, Tannery Road and Nagawara Metro stations, including a 35 flat living complex at ‘Akshay Residency’ near the junction of Outer Ring Road (ORR) and Nagawara.

BMRCL General Manager, Land Acquisitions, M S Channappa Goudar responded that during the lockdown we could not ask people to shift at other places.
buy levitra online https://healthcoachmichelle.com/wp-content/themes/twentytwentyone/inc/en/levitra.html no prescription
Therefore, we paused till it was relaxed, and Eid was over.

A total of 2,662 parts have been taken for the Nagawara, and Gottigere line and a compensation of Rs 2,016 cr has been given to the land losers.

The demolition work is almost done at Tannery Road, as per the official. Barring 3 properties where tenants or owners have moved outside the state, we have demolished virtually everything, including several tannery units that had been here for decades, he further added. The process of getting properties is in the process at Arabic College, the official said.

The only problem in getting land for Venkateshwara station. He also added that along with giving compensation amount, we had received 2 acres of land from the BDA. Now, another person alleging ownership of the property has received BDA to court, and this has stopped us from moving ahead with the demolition.