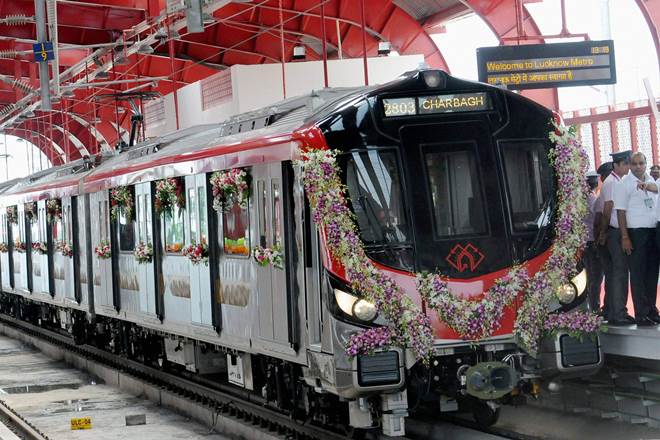 Lucknow: Even three months after the launch of Metro service in the state capital, Lucknow Metro Rail Corporation (LMRC) has still not been able to introduce the official app of Lucknow Metro. Making most of the delay, 16 other apps have already been launched and are available for free download.

These apps provide information about Lucknow Metro route and fare and have been downloaded by more than 60,000 people till now.

The situation is worrisome for IT experts in LMRC because when people already have options to get all information about the service and are using it already, they might not feel the need to download the official app.

Keeping this in mind, LMRC plans to incorporate some special features in the official app like calculation of fare between two stations and smart card recharge through it.
According to sources, the LMRC app will have more features than Delhi Metro’s app, and unlike others that provide information just about fare details from source station to destination station, it will also give an option to calculate fare between two stations.

DGM of IT department of LMRC Akashdeep Sehgal said, “Our official app will be far better and much more user-friendly than the ones available now. We will soon launch the official app and along with fare and route details, it will have all the information that one can see on the LMRC official website.”