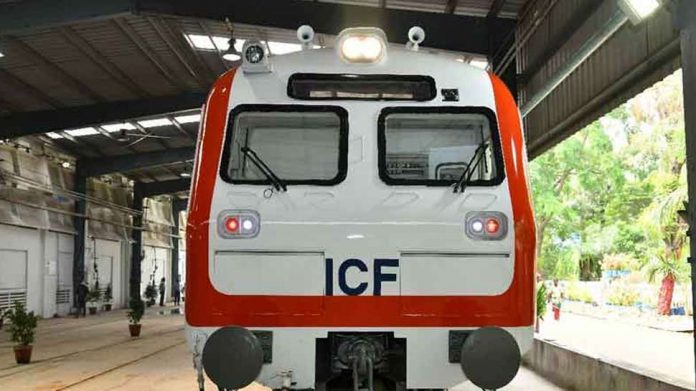 DELHI (Metro Rail News):  Shortly, people might be able to travel from Mumbai to Pune and vice versa in less than two hours! Indian Railways is planning to run semi-high speed train between Mumbai and Pune, Nashik and Vadodara. The trains will be on the lines of the Vande Bharat Express (Train 18) running between New Delhi and Varanasi.

According to the source, if the plan to introduce these semi-high speed trains is successful, travel time between Mumbai and Pune will go down to just 120 minutes compared to the current 3.15 hours. The railway is planning to execute this plan in Phases, starting with trial runs using the upgraded Mainline Electrical Multiple Unit (MEMU) trains. The Integral Coach Factory (ICF), Chennai has manufactured MEMU rakes similar to Train 18. These MEMUs will be used to trails from Mumbai.

It is worth mentioning that Railways is also planning to roll out Train 19, the sleeper-class model of Train 18. ICF has been working on making a new model of Train 18 which will have sleeper class coaches along with state-of-the-art facilities presently available in the Vande Bharat Express. ICF has been aiming to develop as much as 40 train sets of the sleeper variant of Vande Bharat Express.