NEW DELHI (Metro Rail News): In a first of kind move to carry out work seamlessly amidst the COVID19 pandemic, Rail Land Development Authority (RLDA) an organization under the Ministry of Railways will conduct the online pre-bid meeting for the redevelopment of New Delhi Railways Station. The online pre-bid meeting will be conducted through video conferencing on 30th April 2020.
buy nolvadex generic noprescriptionrxbuyonline.com/nolvadex.html over the counter


Indian Railways has entrusted New Delhi Railway Station of Northern Railway to Rail Land Development Authority (RLDA) for its redevelopment with state of the art architecture, facilities and public amenities. This project is to be executed with the private sector partnership by leveraging the real estate development potential in the air space above the station and on Railway Land around the station. The key objective of this project is to provide superior passenger services to Railway passengers at stations and transform these stations into iconic standard-bearers of the cities following the PPP model.

On 11th March 2020, RLDA floated the RFP (request for proposal) inviting bids from suitable bidders for the selection of consultancy firm providing consultancy services for the feasibility study, detailed master planning, urban designing, engineering and preparation of detailed project report (DPR) for Re-development of New Delhi railway station of Northern Railway. The tender as of now is scheduled to be awarded by the first week of June 2020.

“The re-development of the New Delhi Railway Station of Northern Railway is one of our ambitious projects. On 30th April we are conducting an online pre-bid meeting for the tender floated for selection of a consultancy firm for providing services for the feasibility study, planning, designing and preparation of detailed project report for the redevelopment of the New Delhi railway station.  We are witnessing an unprecedented time due to the COVID-19 pandemic. As a responsible organization, we stand with the government and thus will be conducting all Pre-bid Meetings through Video Conferencing to fight this pandemic. All queries of the stakeholders shall be answered on the spot through video conferencing or later by e-mails. We are also committed to ensuring seamless operations by extensive use of digital technology and shall be implementing the e-filing system shortly for smooth functioning,” said Shri Ved Parkash Dudeja, Vice- Chairman, Rail Land Development Authority.

Rail Land Development Authority (RLDA) is a statutory Authority, under the Ministry of Railways, set-up by an Amendment to the Railways Act, 1989. It is responsible for the development of vacant Railway Land for commercial use for the purpose of generating revenue by non-tariff measures and creating assets for Indian Railways. Currently, RLDA is working on four types of projects, commercial projects, Multifunctional Complex, Colony Redevelopment, and station.

A total of 51 Railway Stations PAN India are being re-developed by RLDA on PPP Model, on Self Sustainable Model in synergy with Smart City Projects launched by the Government of India. The entire cost of re-development to be met by leveraging commercial development of spare railway land/airspace in and around the station. 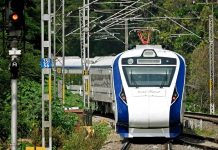 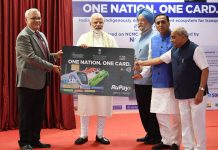