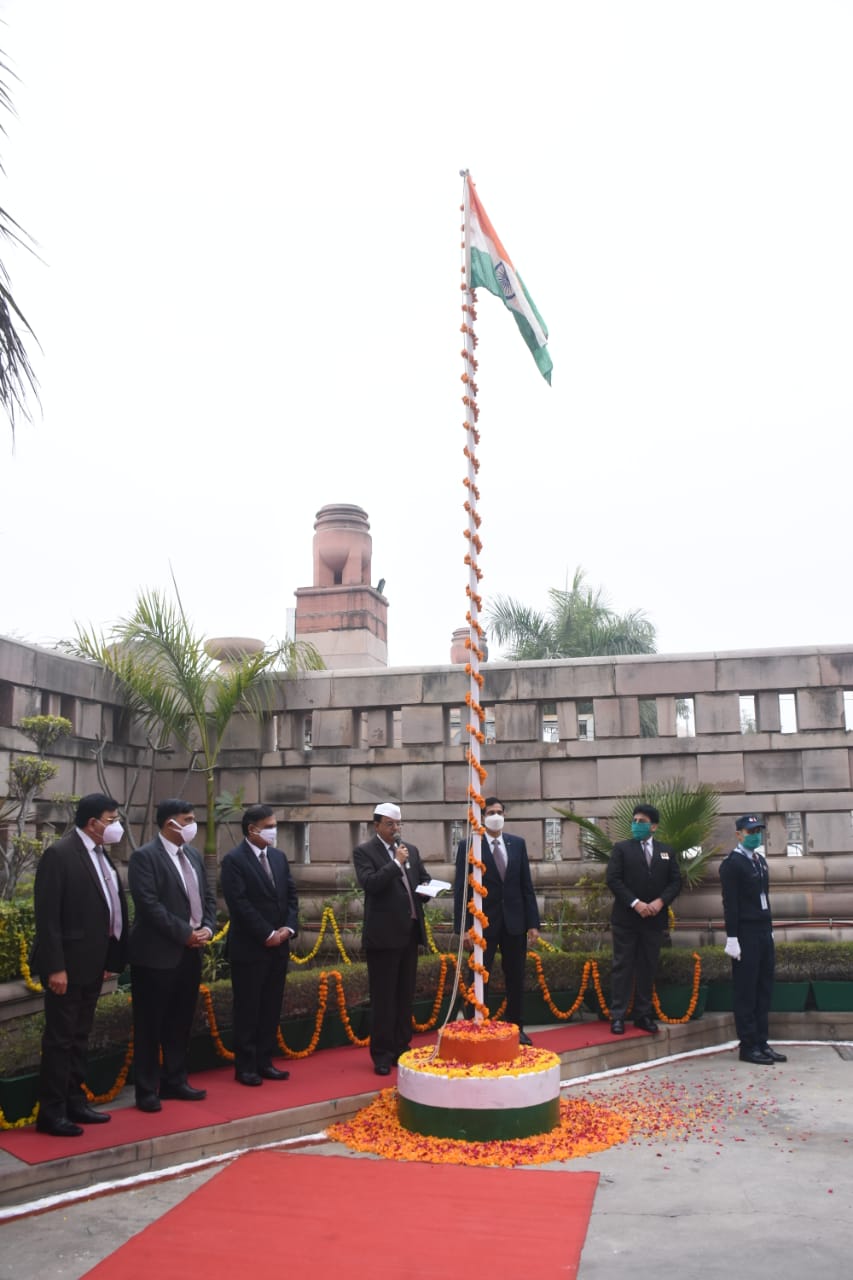 The celebrations began with the Flag Hoisting by Managing Director Mr. Kumar Keshav along with other Directors & senior officials in the presence of other UPMRC employees followed by National Anthem. On this occasion Shri Keshav dedicated his address to all the corona warriors who served the nation with great dedication. He also said that in the coming days, Gorakhpur and Meerut Metro Projects are also likely to be approved by the state government which will be a great opportunity for us to serve the nation. After the national anthem at the Depot, Shri Kumar Keshav inaugurated ‘Keshav Vatika’, an organic garden at Transport Nagar Depot.
In his Republic Day address, Mr. Kumar Keshav said, “We are proud of the constitution of our country, which not only mentions our fundamental rights but also our fundamental duties. By being dedicated to our work, we can serve our nation in a true way. Even in trying circumstances arising from the corona, employees of U. P. Metro have performed their duties with full devotion. As a result, we have been able to rapidly improve our ridership. At present, construction work of Kanpur and Agra Metro Project is in full swing. In the coming days, U.P. Metro can also get the responsibility of Meerut and Gorakhpur Metro Projects which will be a big opportunity for us to showcase our capabilities. In this way, we will be contributing in the development work at both eastern as well as western wings of Uttar Pradesh, which will be a great achievement for us. Following the ideals of Father of the Nation, Mahatma Gandhi and Netaji, Subhash Chandra Bose, we pledge to do our work with full honesty and commitment in future also.’’

The special organic garden inaugurated at Transport Nagar Metro Depot has added feather to UPMRC’s hat and strengthens its mission of Green Mobility. With most of the plants of medicinal value, ‘Keshav Vatika’ holds ayurvedic significance other than its ornamental value. Shri Kumar Keshav along with Directors and other senior officials started the plantation drive at the organic garden by planting saplings of Amla, Neem, Lemon and many more.
“The Republic Day festivities continued in the later half of the day with a dedicated musical band performance by the Lucknow Metro employees at Hazratganj Metro Station. The Lucknow Metro Band is comprised of solely Lucknow Metro employees who have received in-house training to pursue their interests in music. The band performed on melodious patriotic songs in the presence of Managing Director Shri Kumar Keshav and other senior officials at Hazratganj Metro Station. Soon after the performance, he lauded the performers. He also interacted with the passengers who had all gathered to be a part of the mesmerising patriotic atmosphere created by Lucknow metro band”, the UPMRC said.